How To Become An Actor On TV 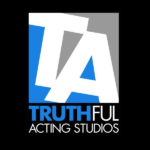 How to become a TV actor

Acting for TV requires a very specific skill set. Most actors that you watch on television serials have an acting process that they have honed over a period of years.

We will be developing this page soon to cover everything that you need to know about how to become an actor on TV!

You may think that you have to be crazy to decide, out of the blue, that you want to be an actor or an actress. But it happens to many aspiring TV actor and actresses. Suddenly, you realize that acting is the thing you never want to stop doing . This is how it happened to me, after an afternoon spent in the school theater laboratory and, even though many years have passed since then, I still haven’t been able to get this idea out of my head.

The problem here is that the road to becoming an TV actor is challenging. It would be more correct to say that there are several paths that can lead to the same goal. Click here to learn more about how to become good at acting.

First, to be really sure that’s what you want to do, you need to sign up for a TV acting class. The idea of ​​being an actor may have come to you in a thousand ways, including watching many TV shows or listening to the experiences of other actors, but it’s by testing yourself firsthand that you can find out if it’s really for you . Not to mention that TV acting, like any other discipline, must be learned. Some argue that talent is enough to become great actors. I’m not sure if the talent really exists or if it shows up right away. Everyone has their own ideas, but I’m not the only one to think so on this: even if you are inclined to acting, your attitude must be cultivated with the study.

Observe the great actors and try to discover their secrets

For all beginners it is important to observe who is already an expert, to have a practical example to follow in addition to the theoretical notions that are given to the courses. Therefore, I advise you to go often to the theater, but also watch TV a lot, and to observe the great actors by analyzing their interpretations. Look at the scenes that struck you the most on each TV show, paying attention to how the actor moves, the tone of his voice, the looks. In the theater, perhaps this type of analysis is a bit more complicated, because the show cannot be paused and, with some exceptions, it can only be seen once. Do not think, however, that assisting you is less useful, because certain gestures full of meaning remain etched in the memory even if seen only once.

Be at least a little ambitious

It’s not okay to want to be the most famous actor in the world at all: with a goal so difficult to achieve, you would almost certainly condemn yourself to perpetual misery. But being a little ambitious is useful, because by aiming low you will always stay low, while aiming high you will feel continually encouraged to improve yourself. Don’t do it for the public, for celebrities, for your parents, or for your teachers. Do it for yourself. Aim to become good because acting is your passion and improving gives you satisfaction: these are the sincere motivations that will take you to the top. Click here to learn about how to act in a movie.

The world of show business is full of child actors, so even if you are very young, you may have the feeling that you are already “late”. Sure, starting early gives you career advantages, but don’t worry, because worrying won’t make up for lost time. Instead, think that everyone has their own times. Do not rush the stages, because it is better to arrive a little later with a solid preparation, instead of showing up immediately to the auditions and being discarded because you are still artistically immature.

Character cannot be developed in ease and quiet~Helen Keller