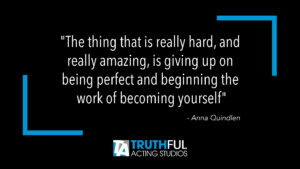 OUR NEXT SEMESTER BEGINS

Statement from our Co-Founder

Artists must be sacrificed to their art. Like bees, they must put their lives into the sting they give.~Ralph Waldo EmersonTweet This Quote